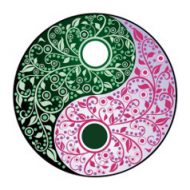 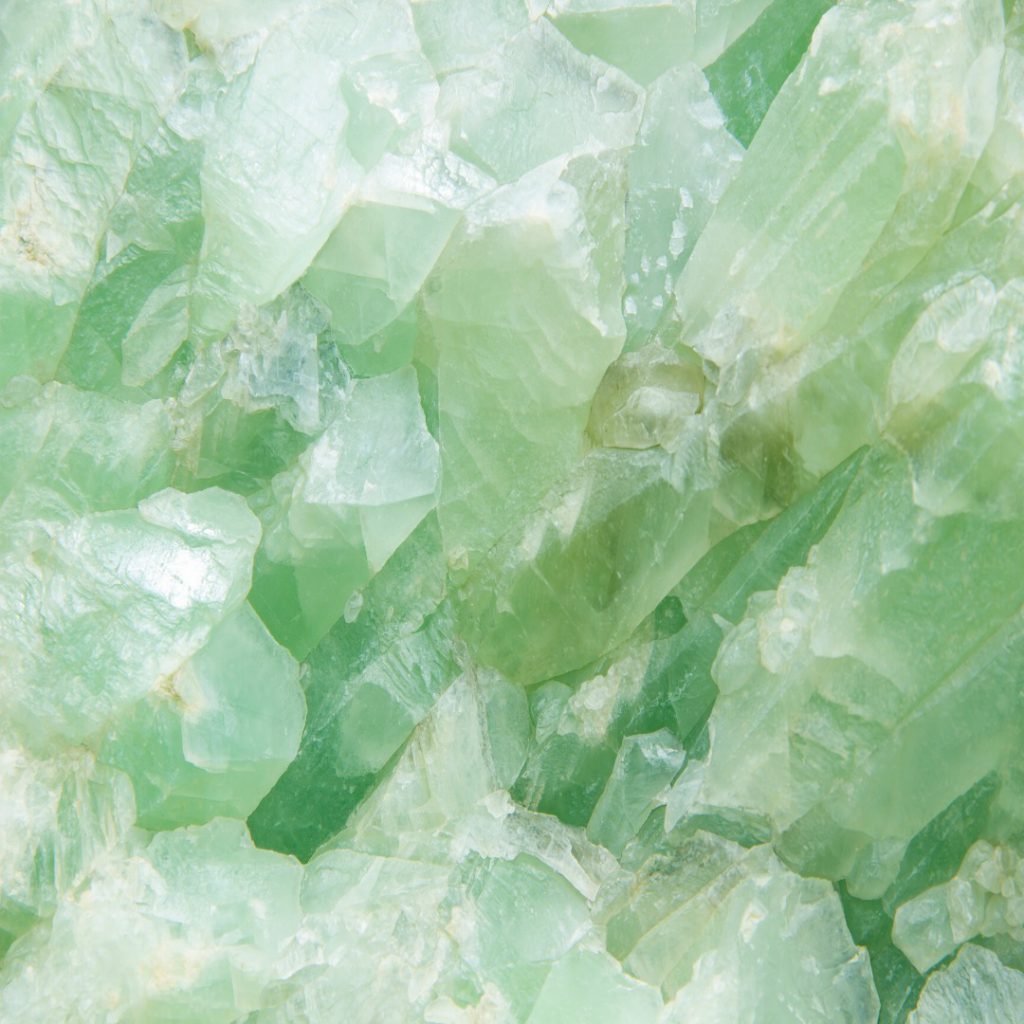 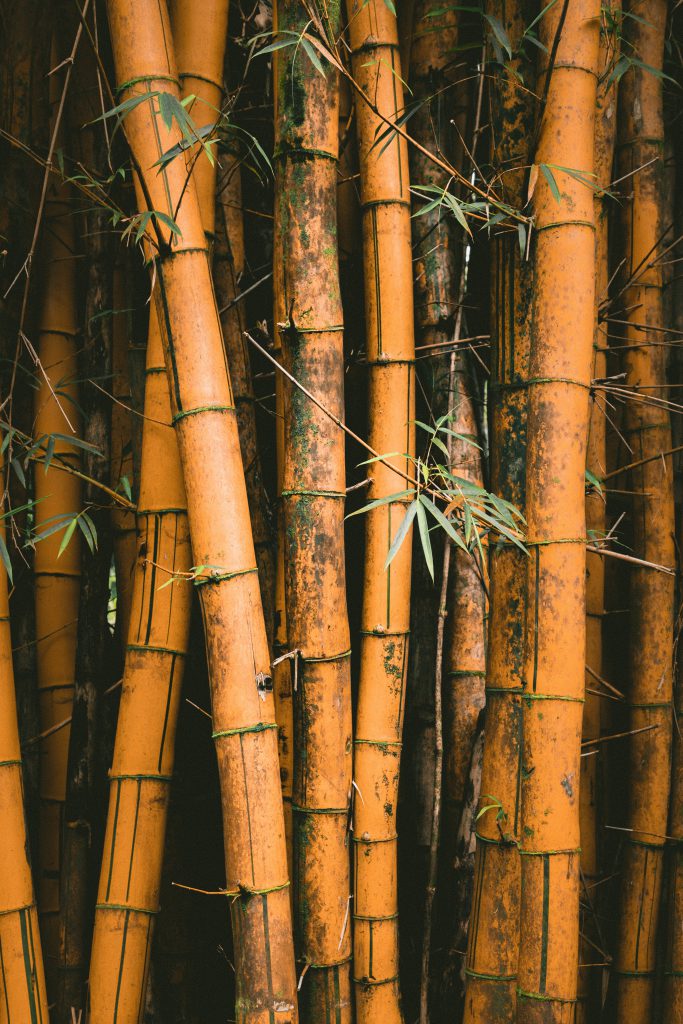 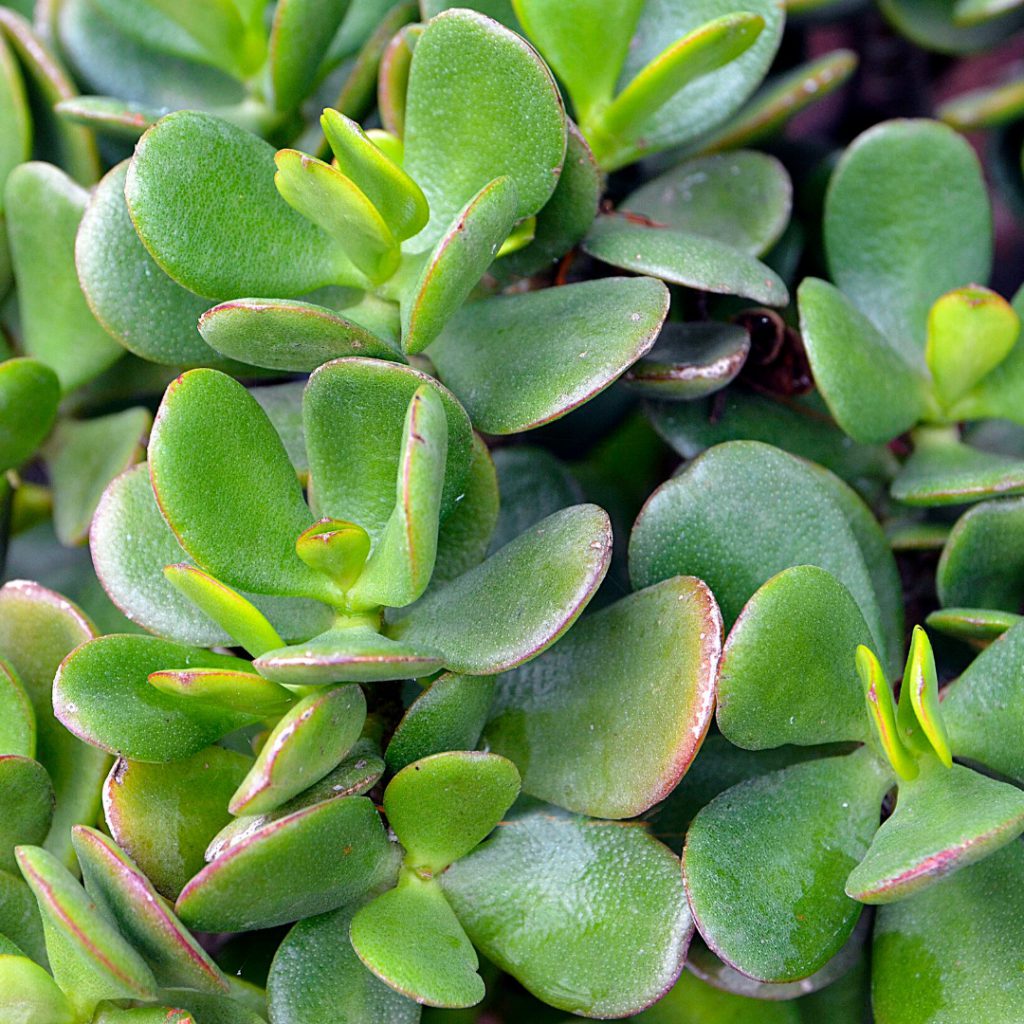 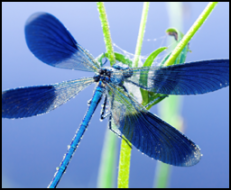 JADE will be a green, sustainable, responsible, and innovative mixed-use community which seeks to find a healthy balance between farming and the necessary goods, services, & experience wanted & needed by a community.

JADE is located on the southeast corner of
Boynton Beach Boulevard & Acme Dairy Road
across from Sunset Palms Elementary & a future Middle School, a 50-acre park slated for sports fields, library and community center, and all within a quarter-mile of a Florida Turnpike interchange.

Previous
Next
About Jade Boynton

JADE will be comprised of two community components. 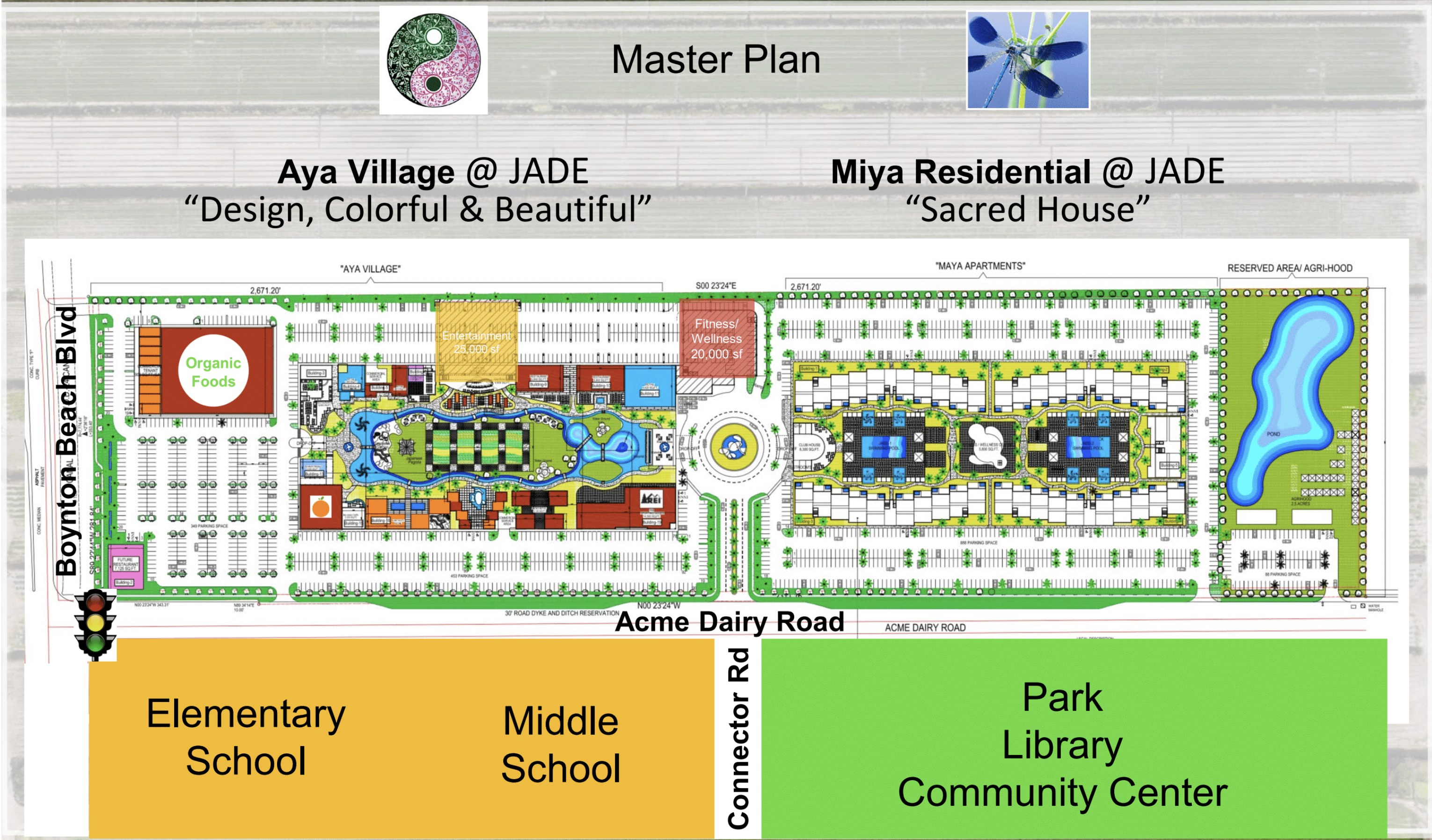 Aya Village will provide the commercial, entertainment, and cultural aspects  of the community and will be anchored by an Organic Grocer, Fitness & Wellness, Office, Theatre, Retail, Restaurants and other family entertainment opportunities  all surrounding a magical, experiential, and innovative interior open “Green” with a Japanese garden, waterfall, river, and event space. 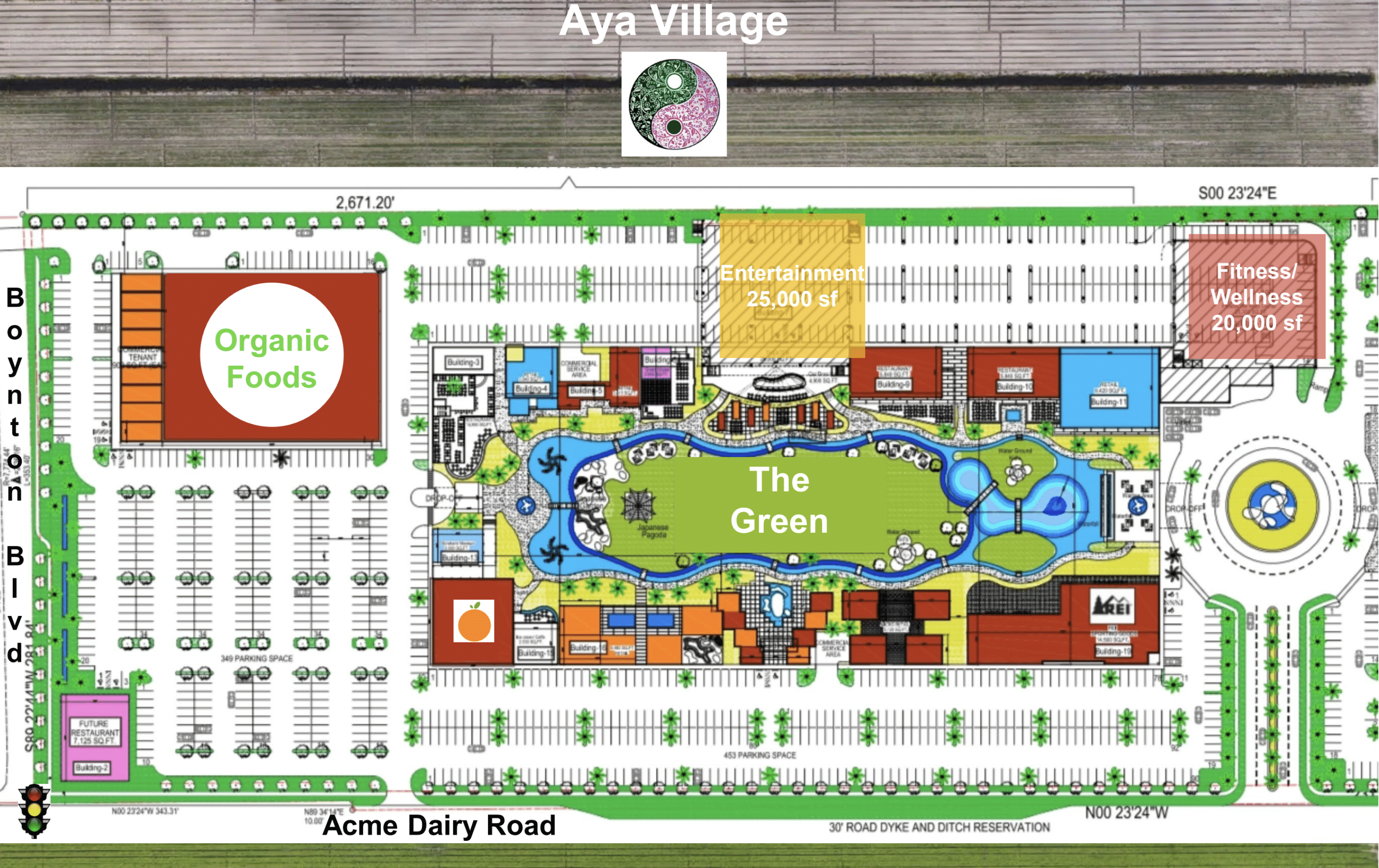 Miya Residential will consist of approx. 400 Multifamily units and be walkable to Aya Village and the two schools and 50-acre park with planned library and community center directly across the street. 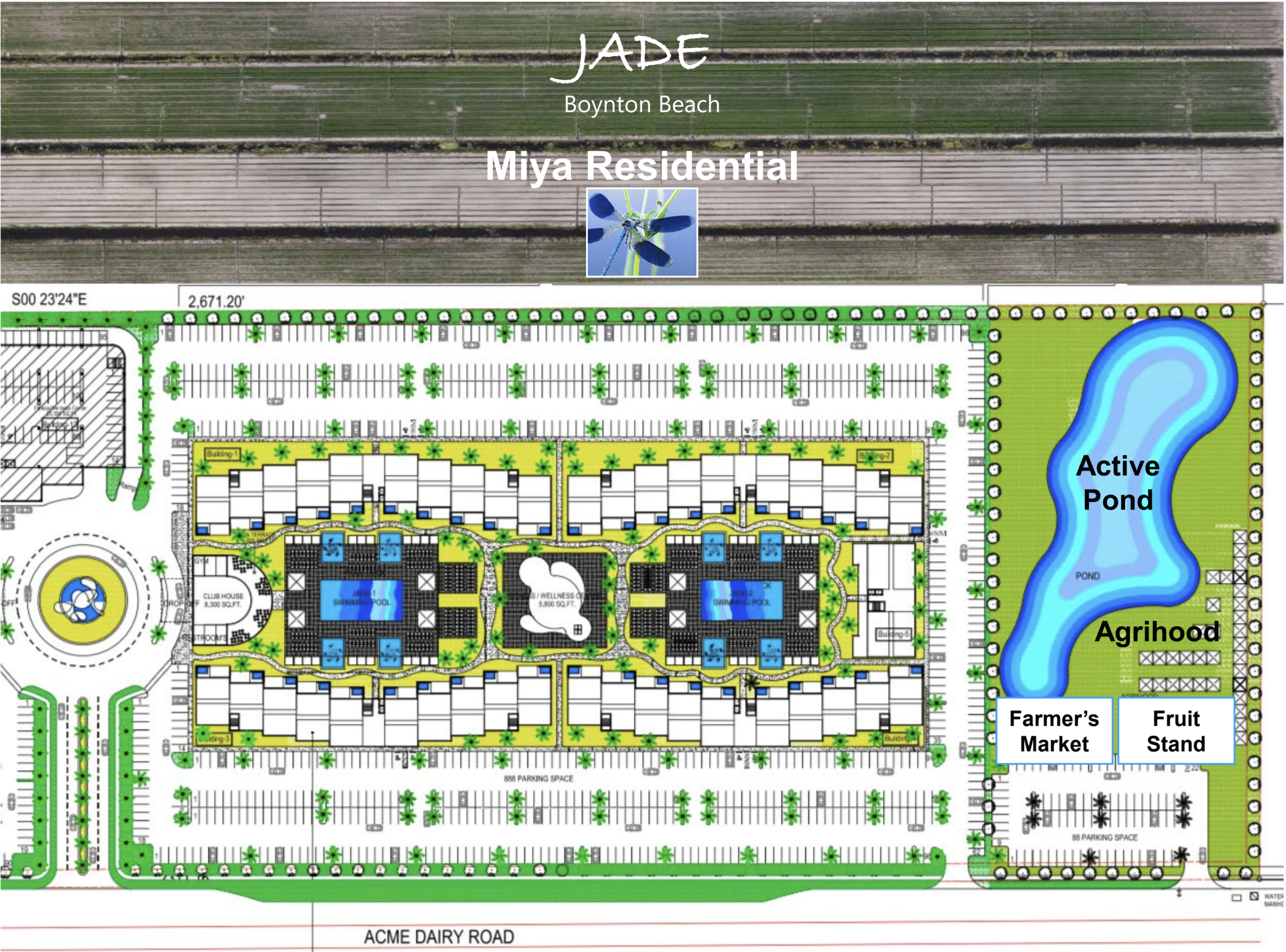 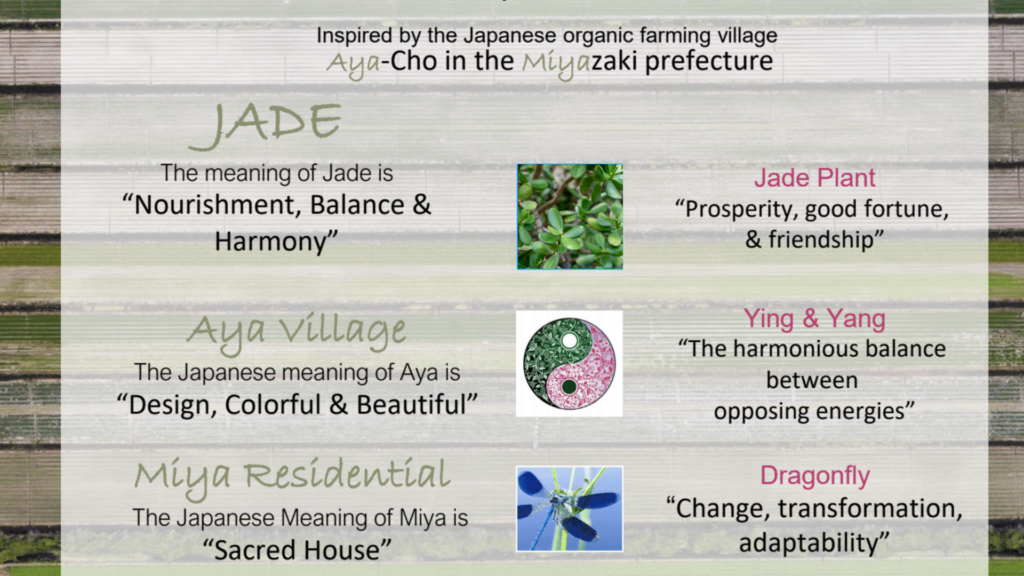 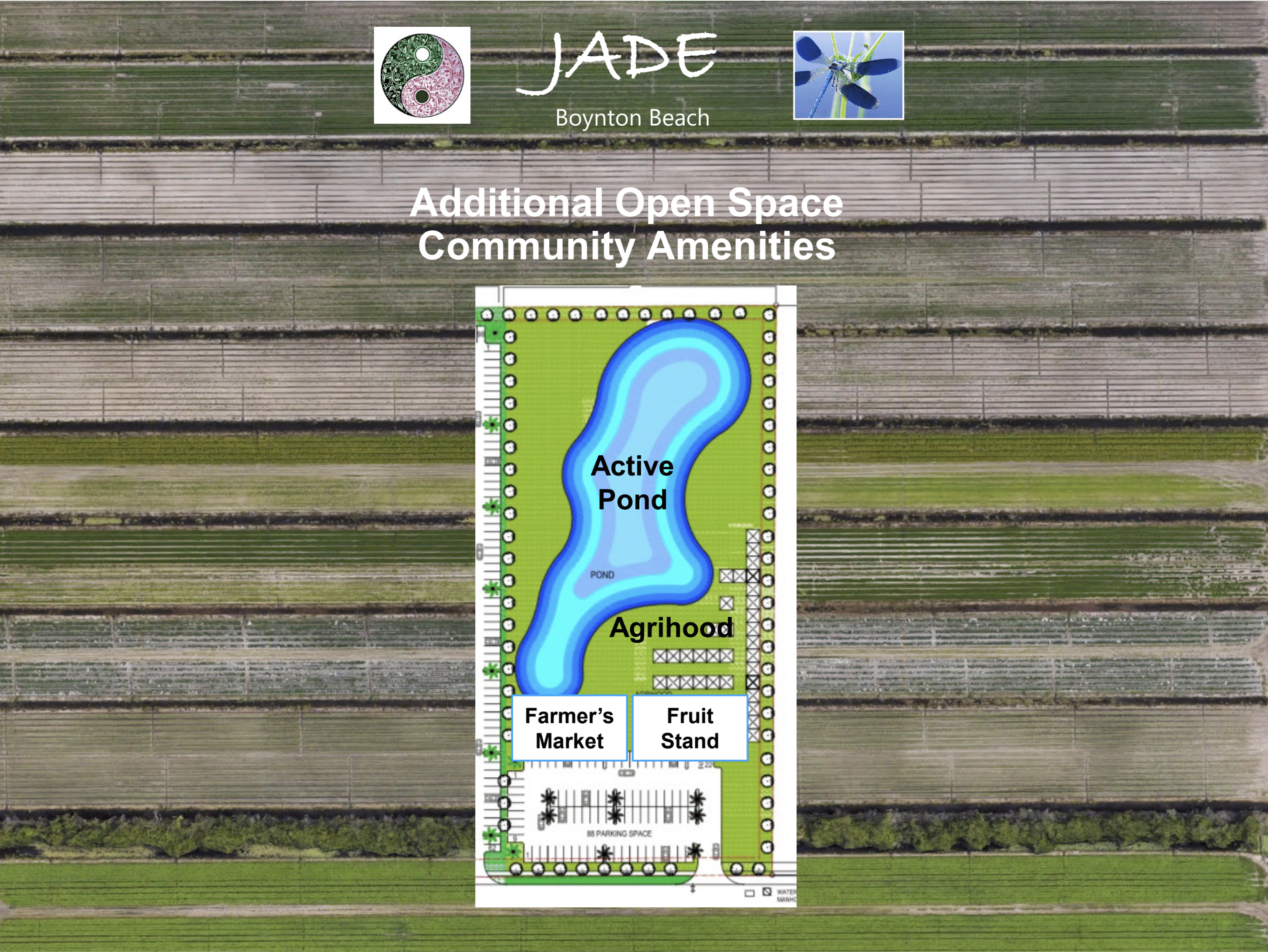 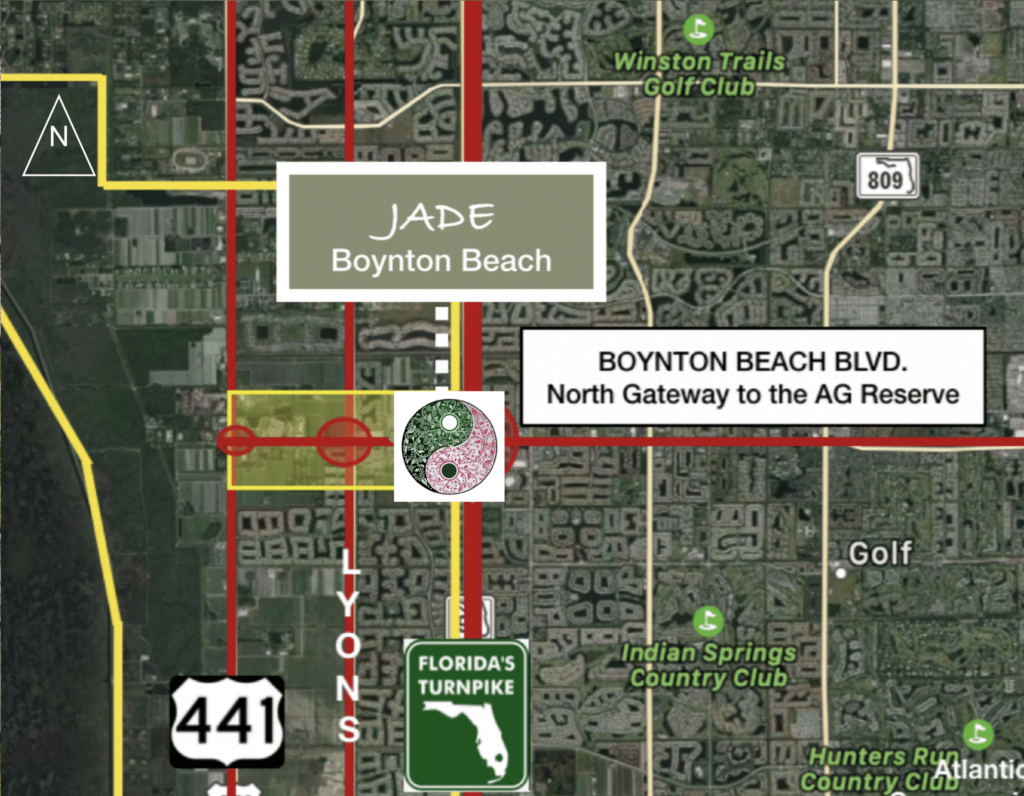 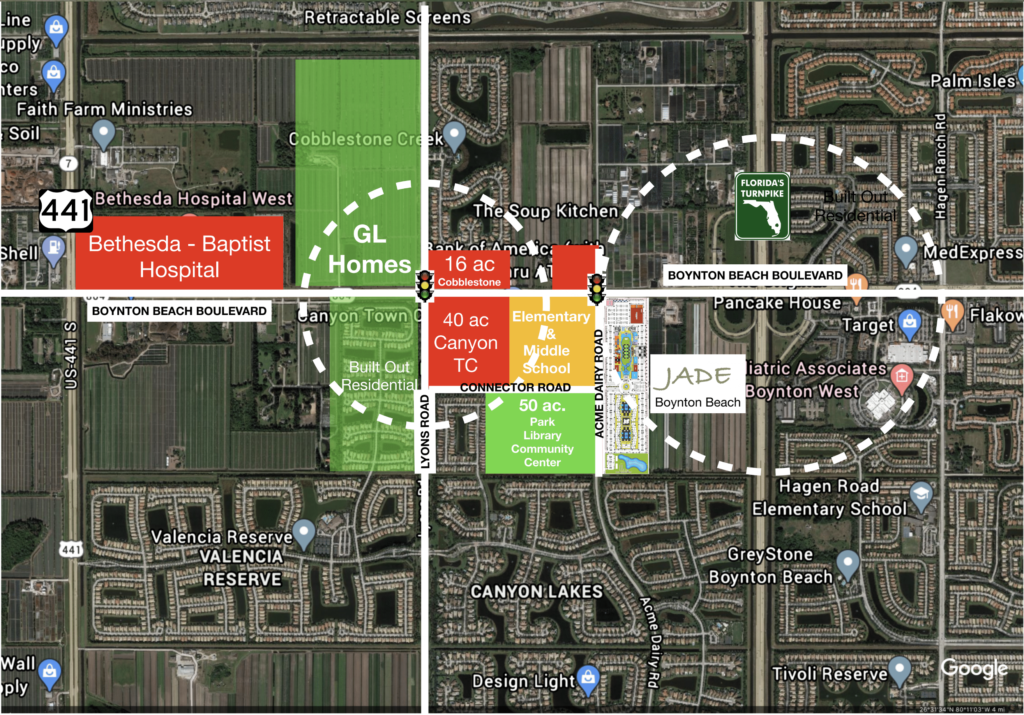 Jade will have a small Japanese Garden, pond, and bridge leading from the museum to a performance pagoda built with inspiration from the Aya Castle and located within the “The Green” where festivals, concerts, picnics, and other experiences will happen amidst, waterfalls, koi ponds, rivers and greenery. 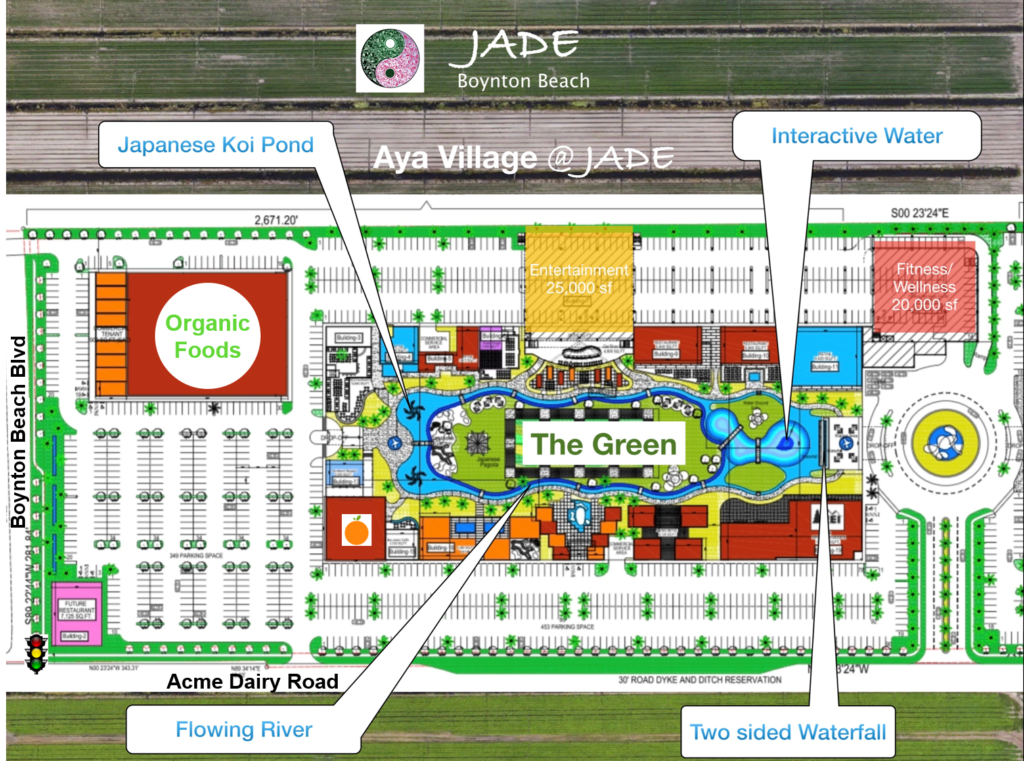 Other green and active open space south of the appartments.

to lessen traffic trips into the heart of the AG Reserve 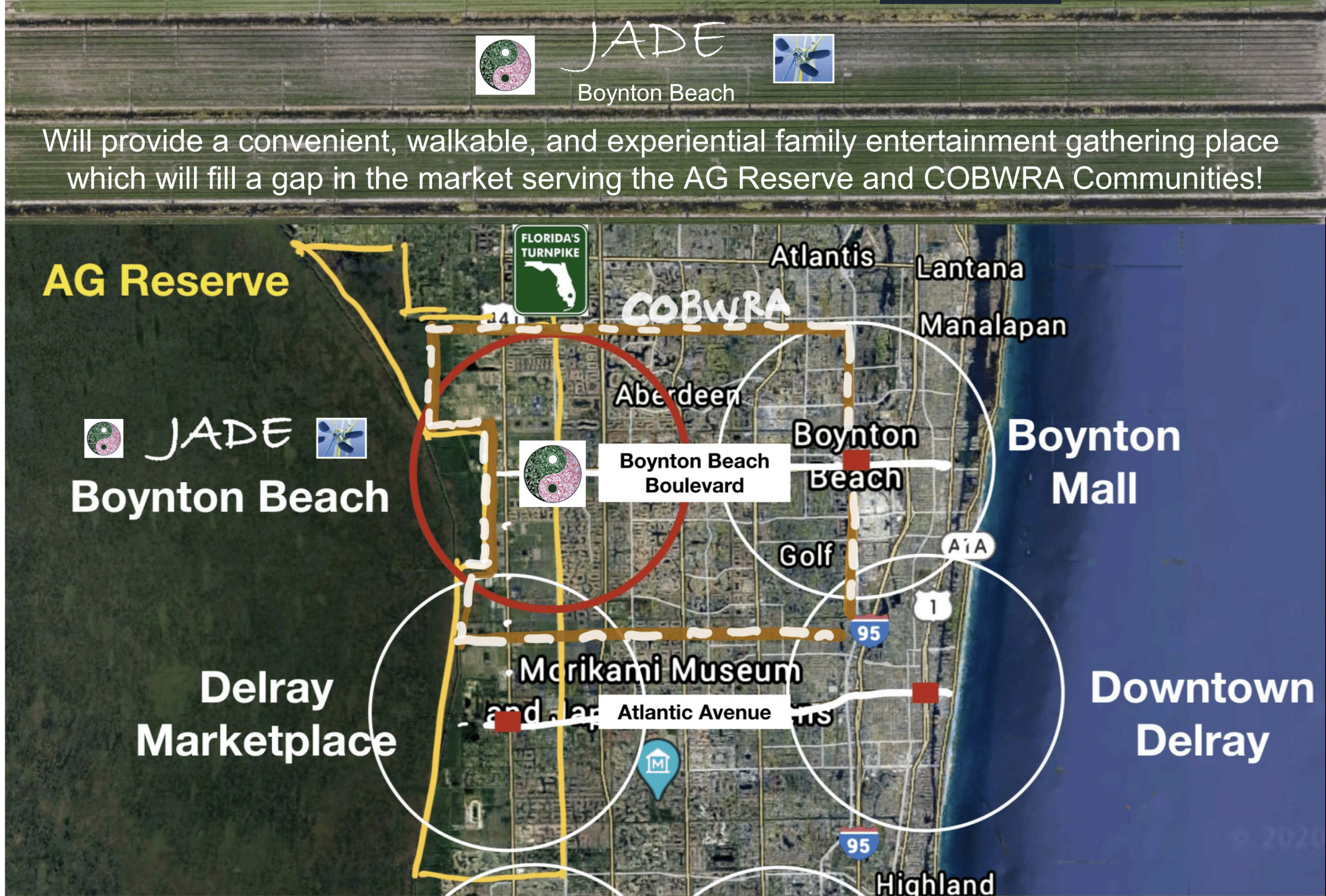 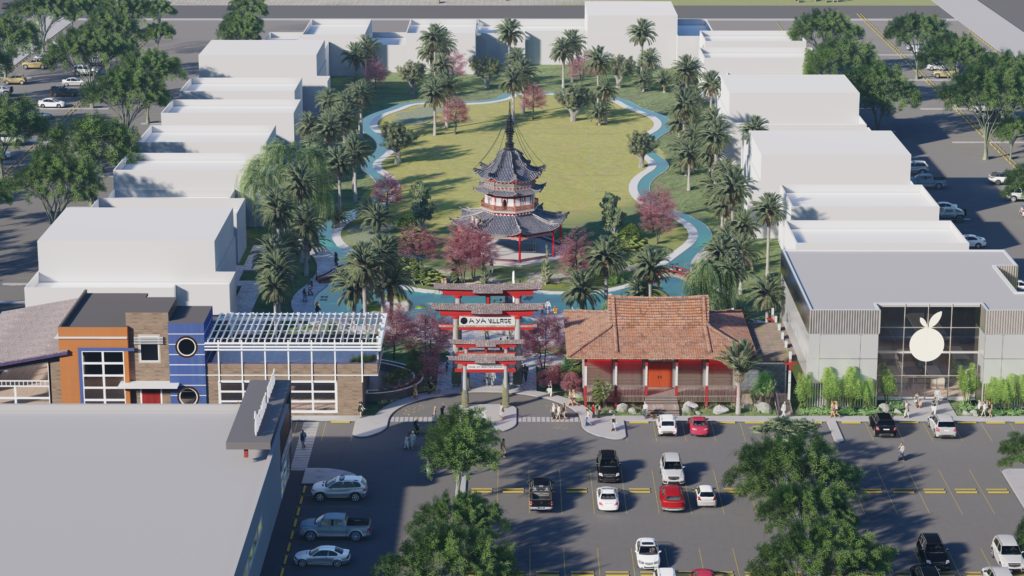 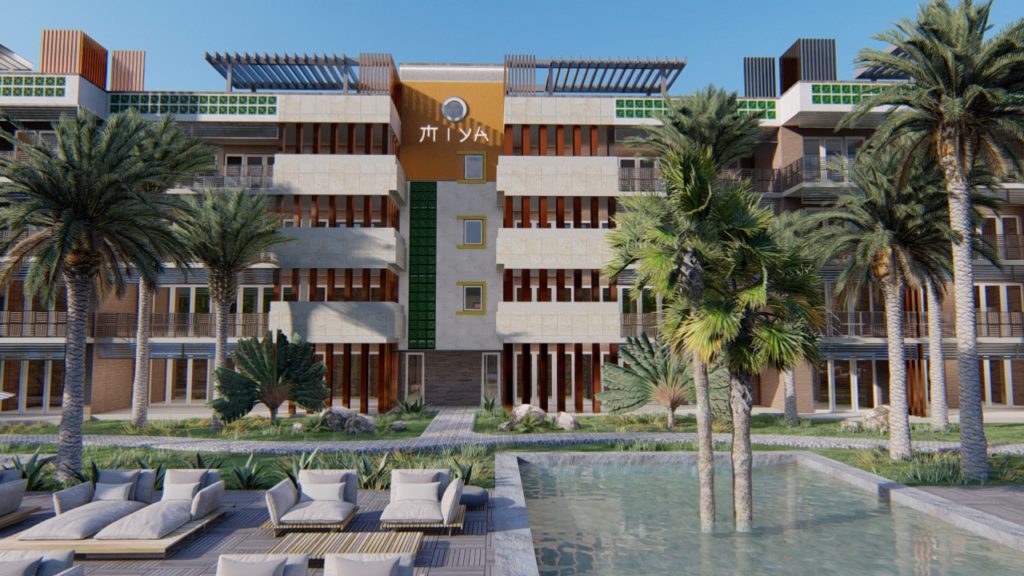 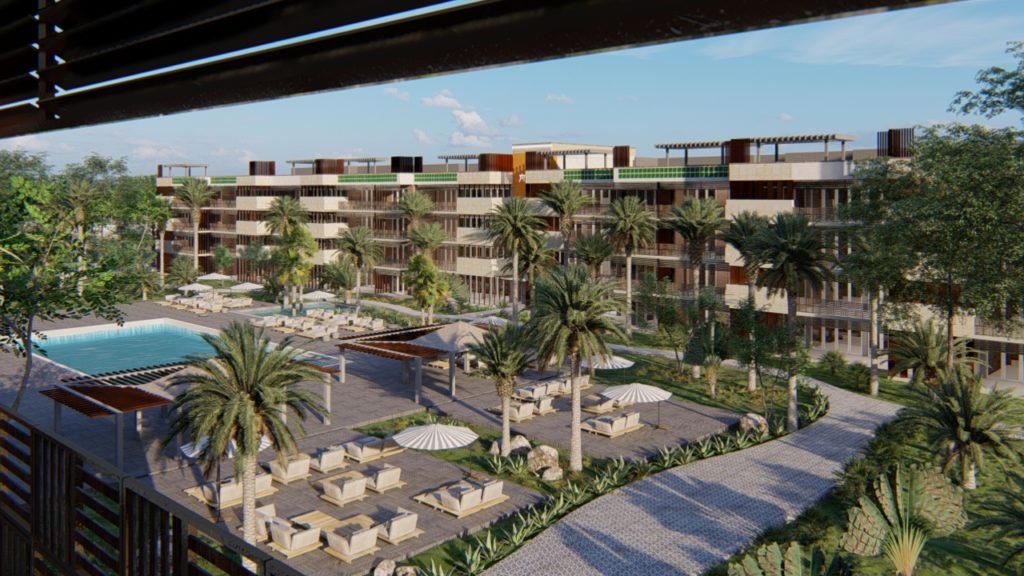 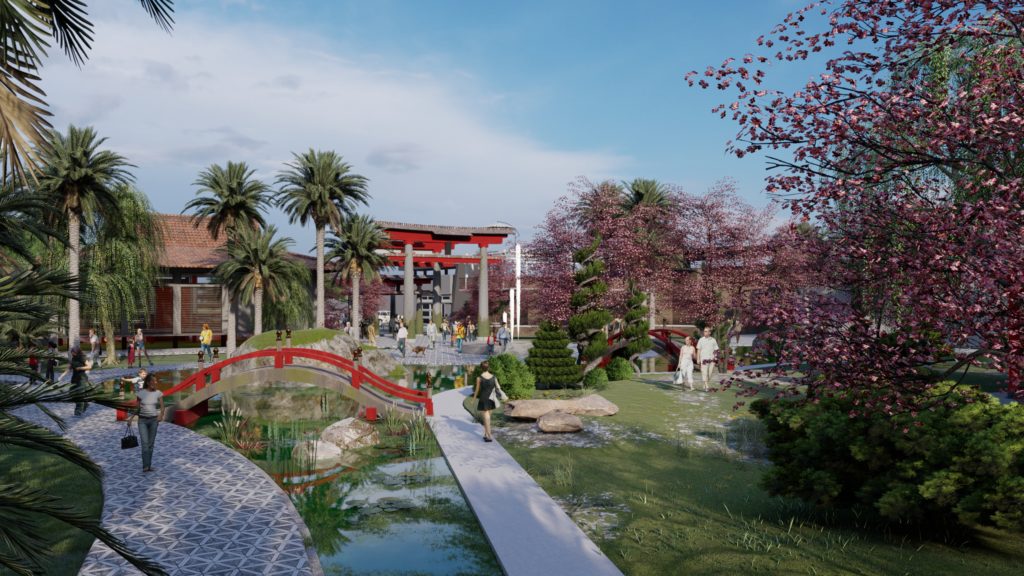 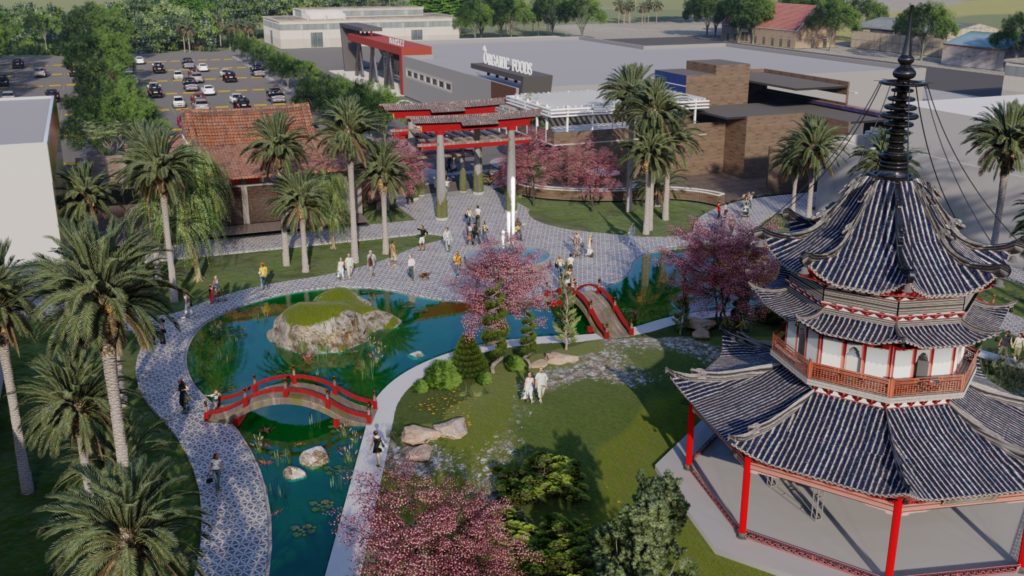 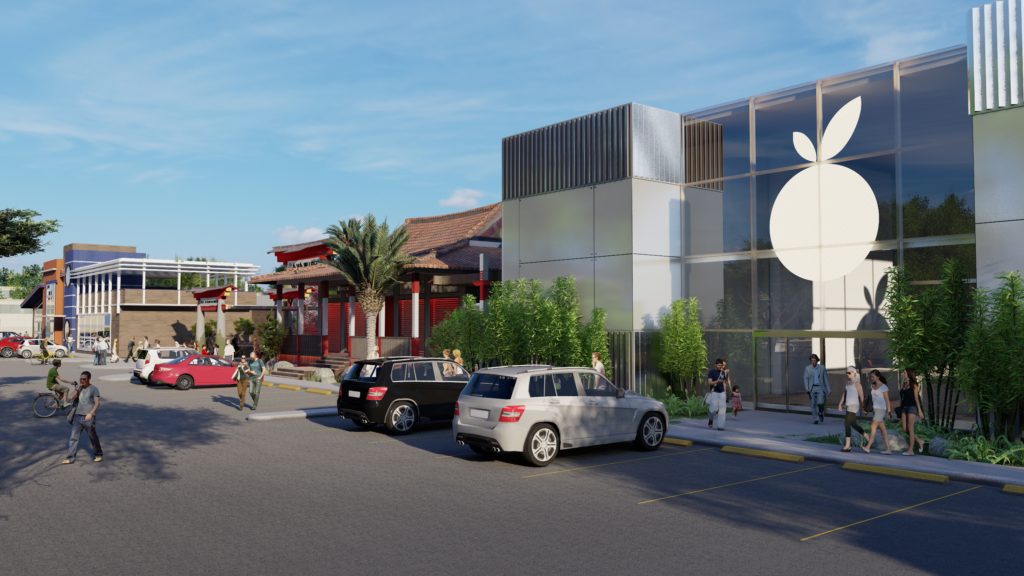 “The Green” is an interior open green space with performance pagoda, lush landscaping, Japanese garden, waterfall, and water features, and a meandering river circling “The Green”.

And Class A Office

One of the “Most Beautiful Villages in Japan,” Aya promotes organic farming as an alternative to its previously successful forestry industry, in an effort to establish itself as a sustainable town where people live in harmony with their surroundings.

“En’ is a concept of fate and coincidence; like gravity, it is a force that pulls people and situations together. 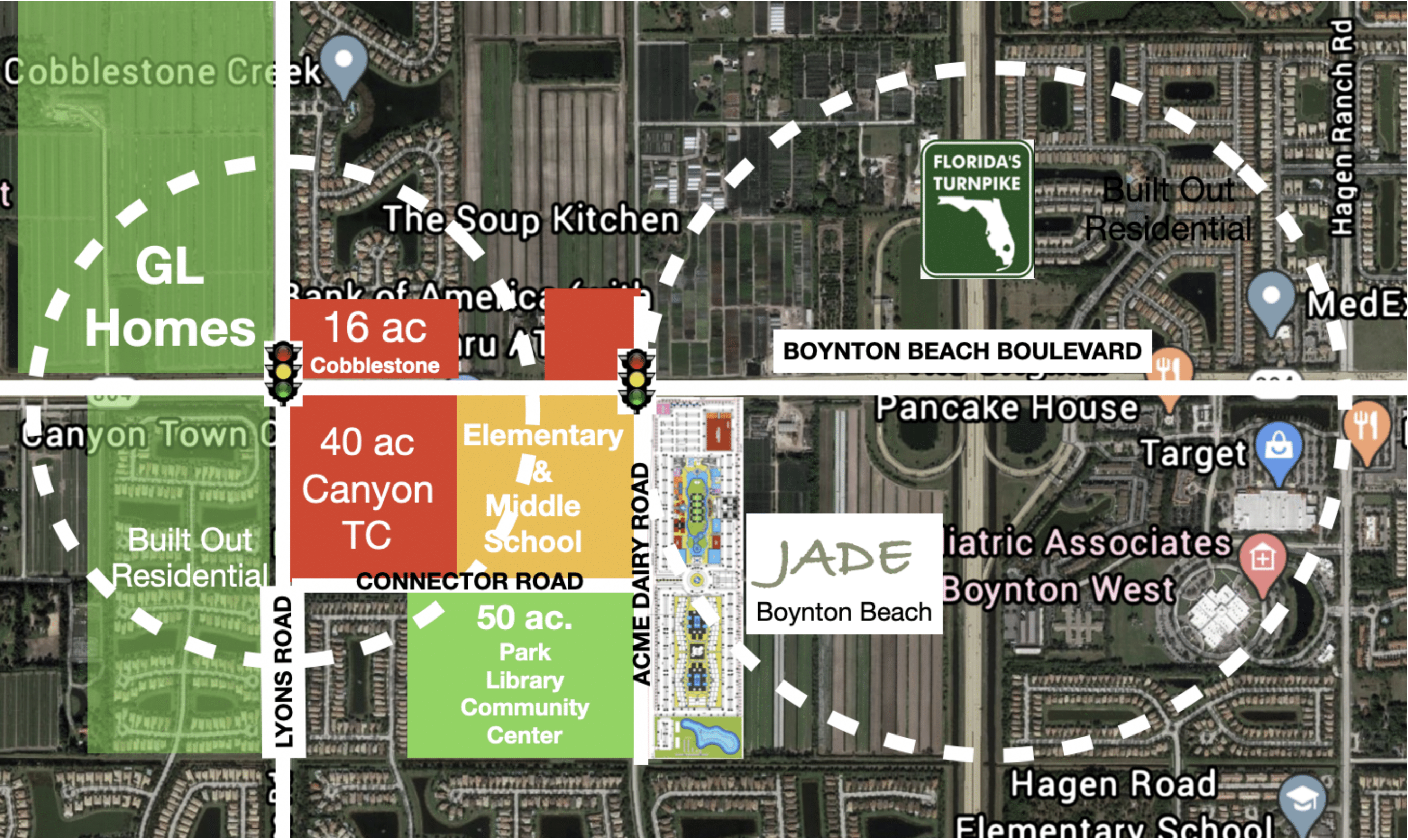 Jade will be seeking to modify an existing mixed-use zoning category to create a more flexible land use designation that can accommodate the unique vision of Jade Boynton Beach. 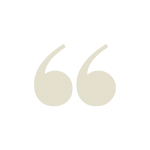 what the experts say 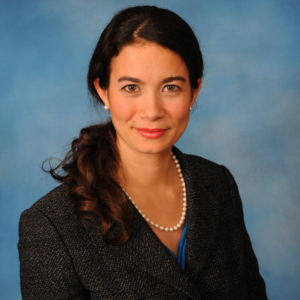 at Dunay, Miskel and Backman, LLP

The population within the Ag Reserve has increased significantly over the past 40 years, but the goods, services, and community gathering spaces available in close proximity have not grown proportionately thus requiring that Ag Reserve residents travel long distances for basic needs or to gather as a community. In addition, as this population increase has occurred, the cost of housing has risen substantially while wages for essential workforce personnel have largely remained stagnant. These changes have created the need for a mixed use lifestyle and pedestrian oriented town center development with workforce housing opportunities.  The Jade project is perfectly positioned to meet these community needs considering its adjacency to the existing major transportation networks, schools, and parks. 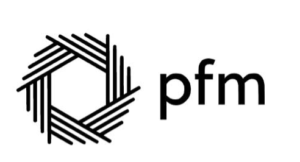 We were engaged to prepare an economic study for various trade areas surrounding the proposed Jade Boynton Beach Project. The key findings are as follows:

Jade Boynton Beach represents the perfect location and opportunity to provide convenient goods, services, and experiences to its residents, while increasing the county tax base and providing desperately needed jobs and workforce housing. 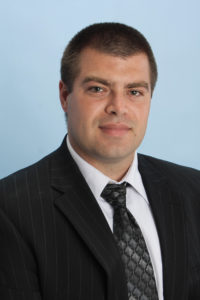 We were engaged by Jade Boynton Beach to perform a traffic analysis in connection with its proposed project and text amendment. We believe that mixed-use development of this nature is appropriate at the transportation hubs such as Boynton Beach Boulevard and the Florida Turnpike. Locating a mix of uses and diversified product types in a walkable, lifestyle, mixed-use community will reduce traffic trips and is consistent with development and transportation policies for infill properties and locations such as Jade’s.

“Larry Suchman and his company have been a fixture and a trusted colleague in the tri-county development picture for many years. His approach on the Boynton Jade project is both ingenious and illuminating as it directly answers the retail, residential and wellness issues that have consumed us in the current business climate affecting commercial real estate. By focusing on the inclusion of the physical aspects of the shopping experience and designing active and inclusive  health and wellness programs in an overall community development, The Suchman Group has embarked on a path that will transform our retail and residential challenges.  At our company, Prime Sites Inc., we are best known for our Trademark, “Connecting great brands with great locations”®, we have prided ourselves in delivering landmark Retail locations for the likes of Hillstone, The Fresh Market, Whole Foods, Truluck’s, Smith and Wollensky and a myriad of other great brands. By being on the ground from the idea inception to completion allows for the design to be thoughtful and user-friendly for both the brands and guests. We really feel Larry is on to something with the design concept that both benefits the community and liberates all of us from our online only existence and returns us to a more worldly existence we all crave. We are looking forward to collaborating on this very worthy project. “

The land west of the Florida Turnpike and included in what is now the AG Reserve was primarily farming and agricultural uses. As development increased in South Florida, pressure was put on those lands to be converted for various residential and commercial uses. County leaders, area stakeholders, and farmers were concerned about the possible erosion of agricultural land through attrition due to development. Therefore, Palm Beach County established the AG Reserve and studied the area in question. They developed a Master Plan and development guidelines to ensure that orderly development occurred and that an appropriate amount of agricultural lands were preserved through a number of methods. 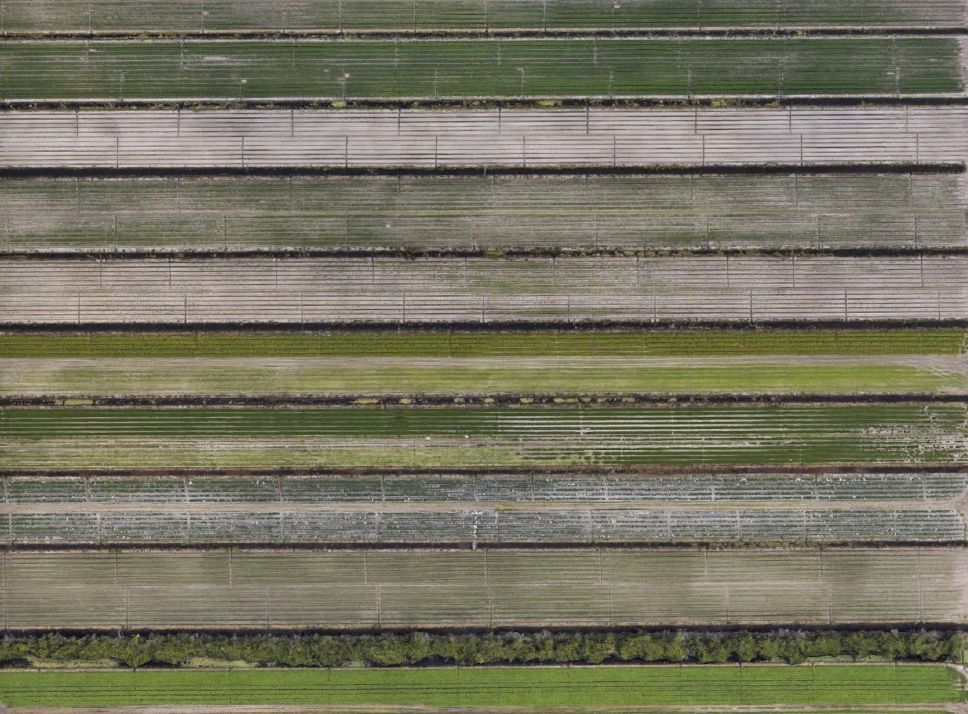 ACCOMPLISHMENTS OF THE RESERVE: 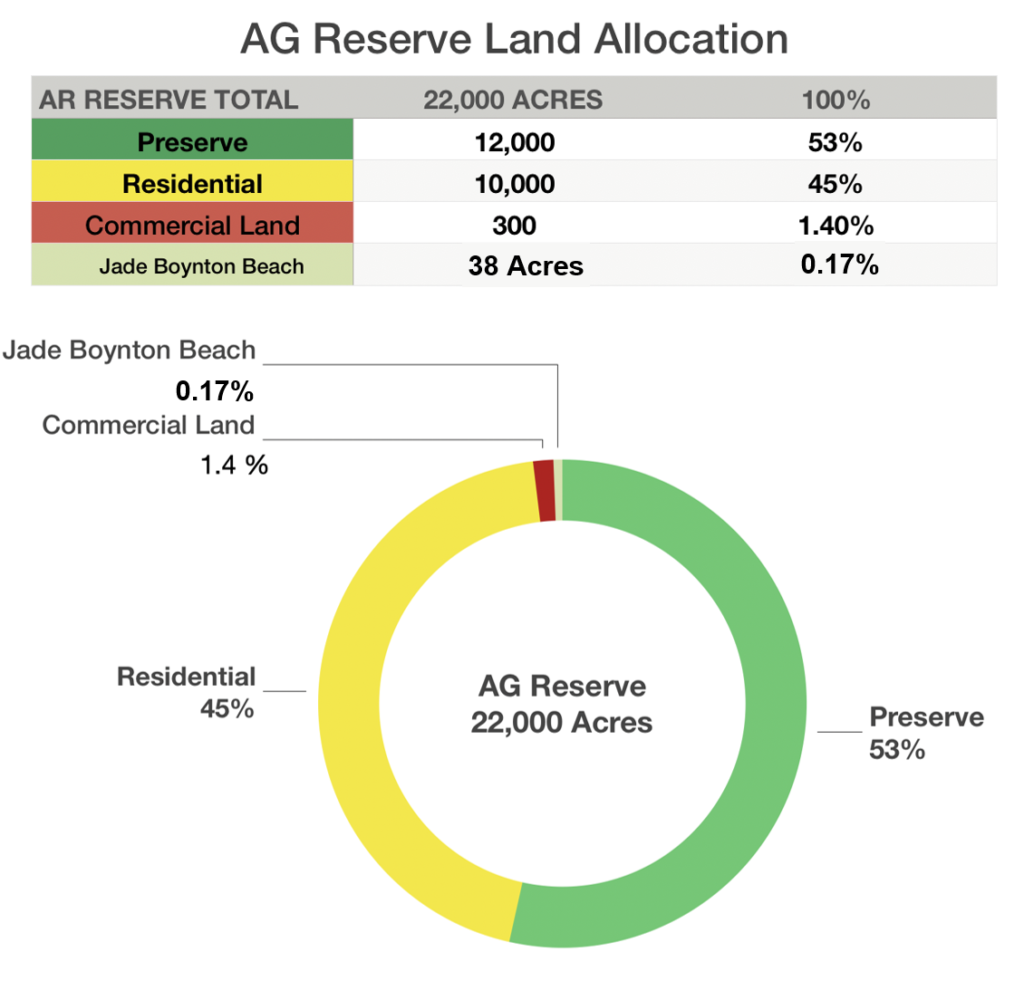 MODIFICATIONS TO A TOO RESTRICTIVE AG RESERVE:

REDUCED VIABILITY OF FARMING IN THE AG RESERVE:

FARMERS WANT THE OPPORTUNITY TO ACCESS THEIR EMBEDDED LAND VALUE:

1. In smaller parcels of, say, 50 acres or less, 60% represents 30 acres which is on the small side for farming and a shrinking industry, thereby leaving another remnant property with little public benefit or enjoyment, creating another disjointed operating nightmare if one of the larger farmers picks it up. These smaller disjointed/remnant parcels create the public dangers associated with machinery on the public roads, passing schools and residential neighborhoods, and spraying pesticides near families and children. These remnant and preserved tracts are also taking away from a desperately needed land supply for increasing residential and commercial demand.

2. This this inefficient use of land, as well intentioned as it was, creates urban sprawl pressure on the AG Reserve requiring more land to accommodate the need. Additionally, it is impractical for smaller tracts to band together or be assembled to amass enough land to allow the 60% preserve to be a viable parcel of farmland.

3. The purpose of creating the 22,000-acre AG Reserve was to preserve a substantial amount of agricultural land within the Reserve for farming and other agricultural and water management purposes. 56% of the AG Reserve or over 12,000 acres have been placed in preserve in large scale acquisitions and through the large scale 60-40 developments. This is an overwhelming success leaving mostly smaller remnant parcels creating a checkerboard of land uses.

4. Of the remaining acreage, most was master planned and developed for 14,000 residential dwelling units. To date, approximately 8,000 units have been developed with another approximately 6,000 additional units to be built in the near future. Less than 5% of all the land in the AG Reserve is designated for commercial development and of those lands designated, half of them are earmarked for residential or are in preserve. Jade Boynton Beach’s 20-acre commercial component represents 0.09% of the 22,000 acres in the AG Reserve.

COMMERCIAL CAP TOO LITTLE TO MEET NEEDS & DEMAND OF THE COMMUNITY:

LIMITATION OF ONLY TWO LARGE SCALE COMMERCIAL CENTERS AT THE WRONG LOCATION:

UNINTENDED CONSEQUENCE OF THE PRESERVE EASEMENTS & LACK OF ADEQUATE PLANNING:

WHY THE TEXT AMENDMENT:

Jade will be initiating a private text amendment. To accommodate an innovative and thoughtful Lifestyle, Wellness, and Family Entertainment Mixed-Use Community across from existing infrastructure of schools, parks, library and community center at a Turnpike Interchange.

The Mystery
“The Farmers - Forced to Farm"

“I have been farming for 39 years. My father bought our first piece of land where the Four Seasons residential development is now. Since 1993, I have been farming on two parcels, 40 acres, and have withstood many hurricanes. My father and I purchased the land before the Ag Reserve restrictive land use changes were made in 1998 and I would like my land use rights restored.” – Joe Mulvehill

Never doubt that a small group of thoughtful, committed citizens can change the world; indeed, it’s the only thing that ever has. – Margaret Mead

Suchman Real Estate Group has been creating special places, spaces, and experiences in South Florida for over 60 years with vision, creativity, relationships, and integrity. 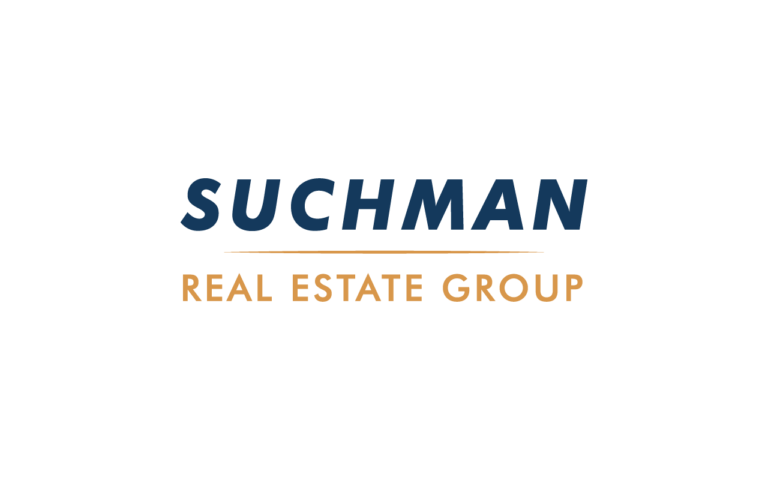 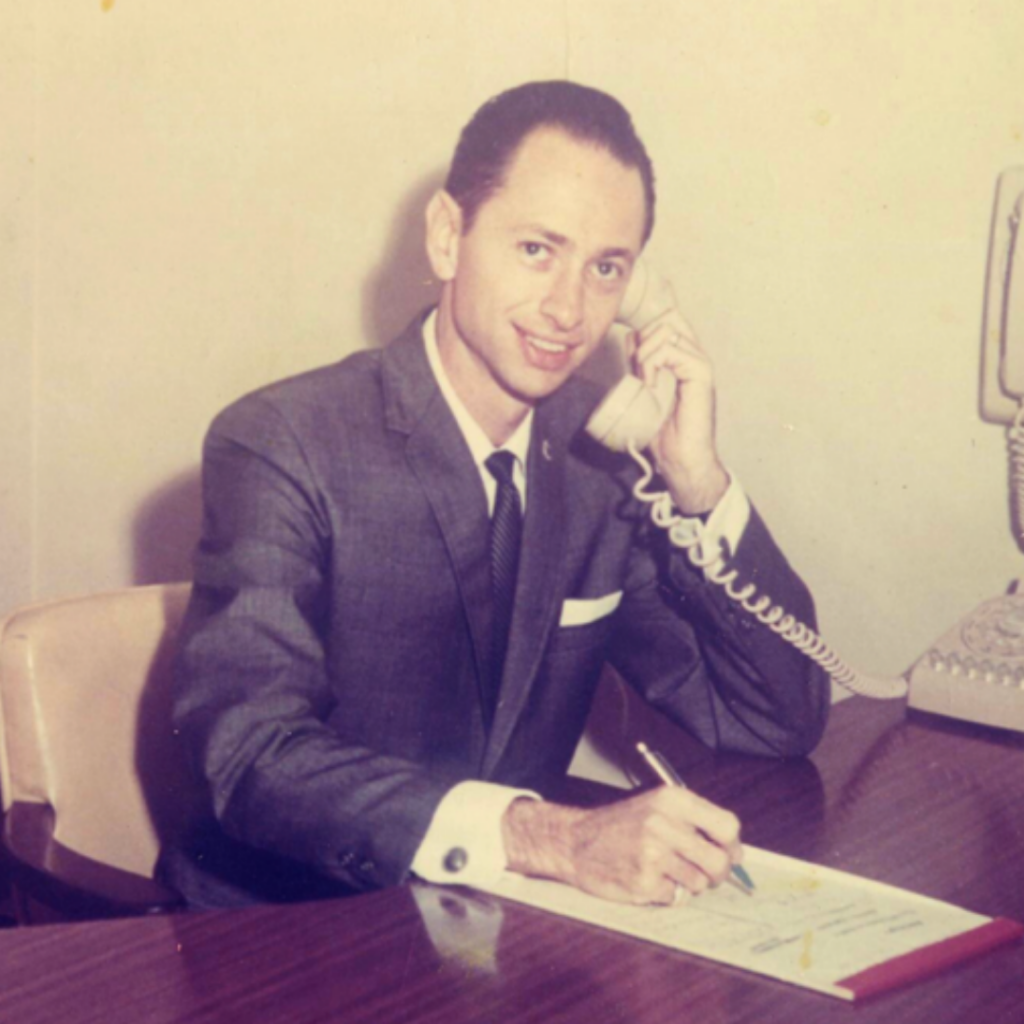 Note from the Developer

When I was first introduced to the Logan Property, I couldn’t believe that this infill piece of property was undeveloped at this important intersection of Boynton Beach Boulevard and the Florida Turnpike. As I studied the history of the AG Reserve and spoke to countless farmers, landowners, community residents, and leaders, I was able to see that the efforts to protect the AG Reserve, its farmers, and its industry have been an overwhelming success with over 56% of the 22,000-acre AG Reserve protected. I found out from the farmers that the relatively small remnant and checker boarded farming properties are hardly viable anymore and yet values are suppressed by onerous land use rules and restrictions denying the ability to extract their embedded equity from their now valuable land.

I also found out, through my discussions with various residents and community leaders, that most of the residents have to leave the AG Reserves to get many of the goods, services, food, entertainment, and experiences they want and need. I was encouraged by many to make the effort to change the zoning and build a unique and special mixed-use community that will give the AG Reserve residents a place they can call their own.

Jade Boynton Beach will be such a place where the community can gather locally in a safe and green environment while enjoying life and having a unique experience in a sustainable, well-balanced, walkable, mixed-use, lifestyle, family entertainment community.